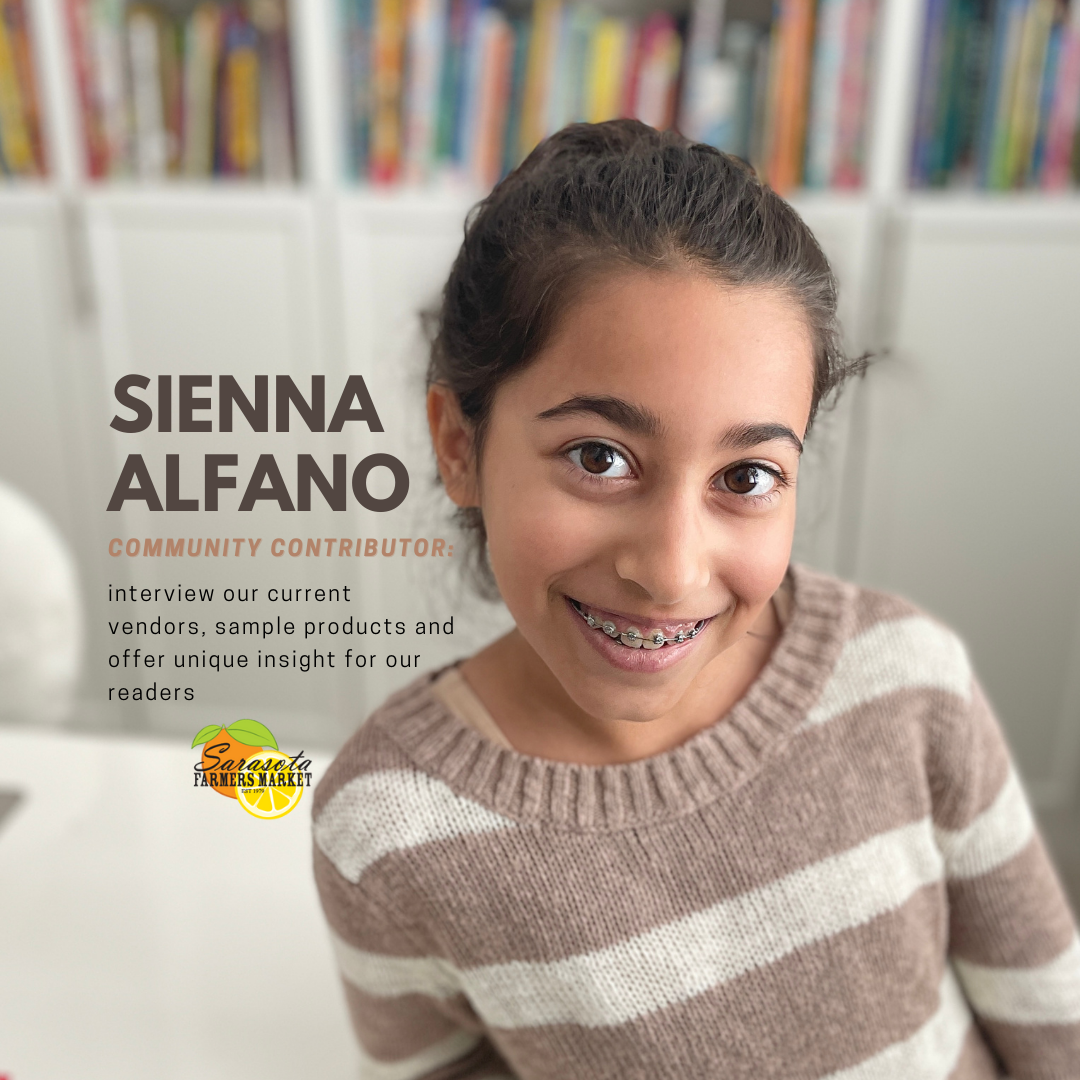 As a Non Profit organization, it is our mission to create opportunities for our community to connect not only in person on Saturdays, but also HERE in our Newsletter Updates. To keep within this mission, we are delighted to invite our friend, Sienna Alfano, to interview our current vendors with the goal of getting to know the business owners, highlighting their products, and provide a unique insight to our readers. Check out her Monthly Features below!